My wife and I got married when we were both eighteen and the first two years were terrible. That realization completely changed our relationship. A year later I can honestly say that she and I are best friends and we have more fun with one another than we do anyone else. It absolutely was not this way ever before.

We were friends for ten years and then one night when we were both single we ended up hooking up. The next morning when we woke up we were both so amazed at how right it felt that we got married and by got married I mean we went and got married two weeks later and we waited two weeks only because we wanted to get less insane prices on our honeymoon. After college, my best friend, who was and is a guy, lol, and I decided to move in together as roommates.


So, I asked him out because I was attracted to him and I thought he was a wonderful person. It really makes me wonder what I was taught as a kid that kept me from seeing this in the first place. We both sort of awkwardly laughed it off because we were friends and I felt like anything more would ruin our friendship.

Why I ghosted my best friend

Also, wanted to seem cool like it was no big deal. Things go back to how they were. A month later she starts seeing a dude. Things seem like they might be getting serious. I freak out and realize I completely have feelings for her. Knock on her dorm door at like 2am on a Saturday night.

Another month or so passes. Super torturous for me. I think about her every day but give her space. I tell her that sounds fair trying to keep my cool but inside my heart is leaping out of my chest.

About to start ring shopping. Nothing terrifies me more than being so close to someone and then watching them become a stranger again. Sign up for the Thought Catalog Weekly and get the best stories from the week to your inbox every Friday. You may unsubscribe at any time. By subscribing, you agree to the terms of our Privacy Statement.

Why I ghosted my best friend - BBC Three

Dedicated to your stories and ideas. I rarely made it through a day without escaping to the office toilet to cry. Jess was one of the first people I opened up to about all this. At first, she was very supportive, calling me regularly to see how I was. 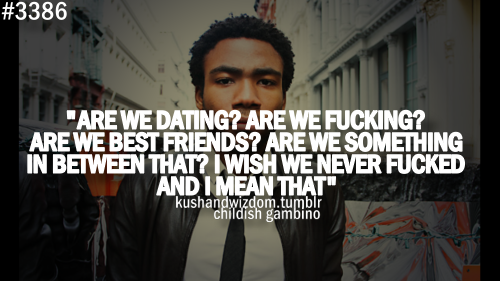 But after a few weeks that wore off and suddenly I found myself thinking how self-involved she seemed. One - would circle back to her problems. Even the ones where, in theory, she was trying to help me work through my family worries. It started to drive a wedge between us. I realised she just enjoyed moaning about them to anyone who would listen. I began to see her as spoilt and needy - she had a lovely new boyfriend, a decent job and, thanks to her parents buying her a flat, a free place to live - what more could she possibly want?

Looking back, I can see now the task of figuring out who you are in your mid-twenties can be stressful and daunting. Worse, it just felt like every time I turned to her for support, it just wasn't there. I found myself exhausted by the idea of seeing her and dodging meet-ups, blaming work and my sister coming to town. Slowly, I stopped texting her back — once, twice, three times. With everything else going on, not speaking was just easier. She said she was sorry I felt that way and wished me well. And that was it — our friendship was over in three WhatsApp messages. After the anger faded and my family situation improved, I started to wonder how she was.

I felt bad for how I behaved and on reflection, I could see more clearly the things which frustrated me were a sign of her own struggles. Every time I would walk through her area, I would scan the streets, imagining what it would be like to bump into her. I knew, deep down, that I owed her an apology. It felt weird to think she was so nearby and I found myself typing her a message. Nervously, I asked her if she wanted to meet up and was surprised when she agreed.

After a few awkward minutes of getting used to sharing the same air again, we started to catch up on the last three years. She was married now, she was working as a PA to her dad and she was moving out of the city.

I updated her on my new job, the highs and lows of online dating and saving for a deposit. We were strangers and friends, at the same time. She confessed that she too had felt drained at times by our friendship and apologised too for not realising how distressed I was. But in reality, I knew this was probably the last time I would see her. The trust in our friendship was gone - on both sides. To paraphrase Maya Angelou, people might forget what you said and did but people will never forget how you made them feel — and I had made her feel awful. As we stood outside, waiting for her cab, I said: She smiled and said something vague about us meeting again.

But we both knew it would never happen. I gave her a hug and, finally, said a proper goodbye. From 'preating' to 'orbiting' - which toxic dating trend are you guilty of?